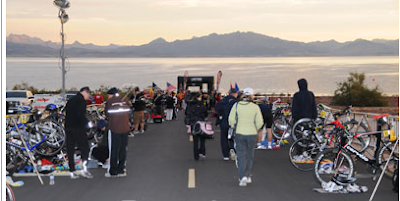 It was a cold start, cold for Las Vegas anyway, the water gave me the chills until the swim started, then all I could think about was getting out. Not sure why but I really struggled with the swim this time, might be because the course was setup differently than any other. The buoys were set so far apart that it was nearly impossible to see where to swim to with foggy goggles.


Several large boats passed near the course, their wake sent us rolling off course several times. 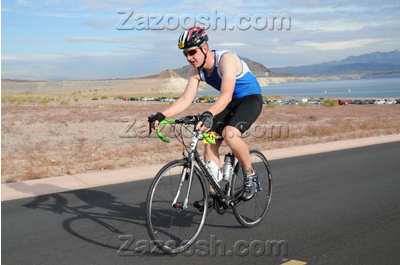 After the swim, I noticed that the clouds had started clearing up a little, time for a nice bike ride, easy compared to the PumpkinMan last month. 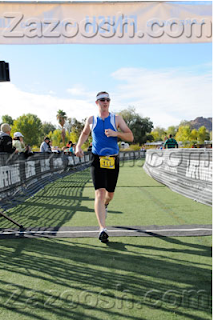 Though the swim was pretty hard, I finished with my best run time yet. Not too bad for the inaugural year of this race. It was well organized and supported, except for the swim. Definitely going for it again next year, the finishing medals were pretty awesome too.