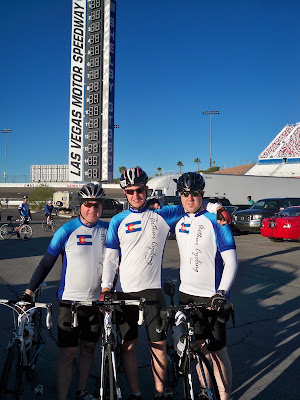 Last week the Arthur Cycling Team participated in the Annual Bike MS fundraiser - a 100 mile ride from the Las Vegas Motor Speedway to Mesquite, Nevada. It was a chilly morning and headwinds were gusting up to 40 mph. Despite the headwind, a couple flat tires and cool weather we were able to finish strong.

This ride gave us the chance to do a lap around the Las Vegas Motor Speedway before taking Highway 93 to I-15 then to Highway 75 toward Valley of Fire State Park. Valley of Fire provided some beautiful scenery and long steep hills, but what goes up must come down. After Valley of Fire we took Highway 167 back to I-15, then some steep climbing and rolling hills to Mesquite.

This fully supported ride had plenty of rest stops and SAG vehicles which were a big help along I-15 and roads that didn't have bike lanes. This event included a double-century option, letting riders do the 100 mile return route back to Las Vegas on Sunday. We opted out of the second day, having better things to do on Sunday (yes there are some things more important than cycling, believe it or not). 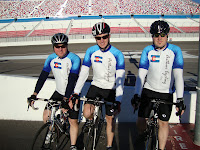 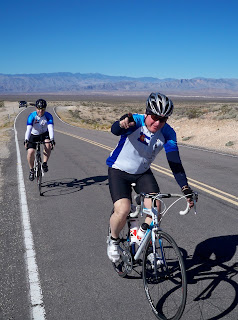 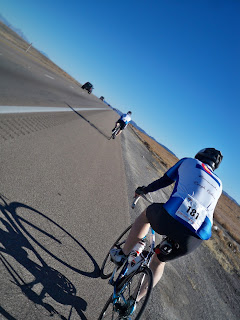 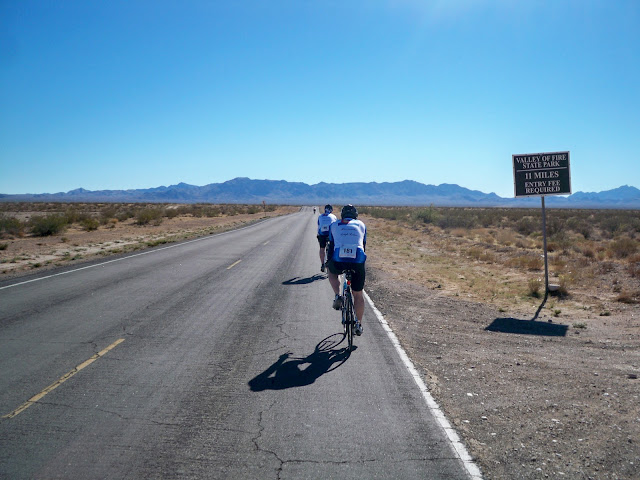 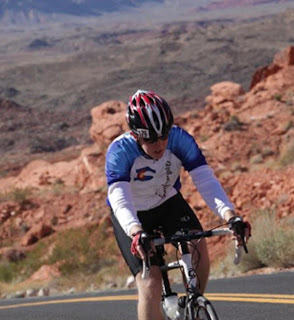 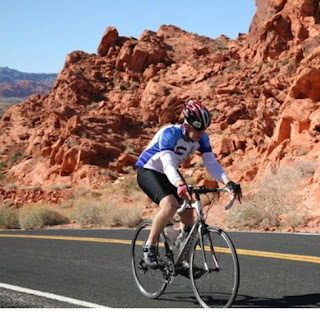 Taking on a big hill in Valley of Fire.


Here we gained a ton of elevation and passed by some beautiful scenery. By this time it had warmed up considerably and the wind gave us a break for a few hours, we were almost ready to lose the long sleeves. The event organizers planned this part of the ride very well having the Park Rangers stop traffic for us on the big downhill parts, this meant we had long slopes with no traffic, it was awesome. We got into a tuck and let it fly reaching speeds of 45mph. When we reached the bottom of the hill we had descended nearly 2000ft over 15 miles in under 20 minutes. 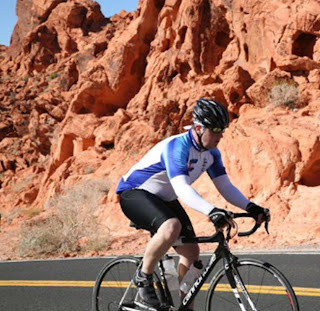 ﻿We stopped for lunch in Logandale, by this time it definitely looked like the ranks were thinning. It was tough to tell what position we were in in the group but I would guess it was somewhere in the middle. Climbing out of the valley was tough after taking a break and sitting for a while, and the winds began to pick up again. As we got back onto I-15 we faced the steepest climb on the ride. 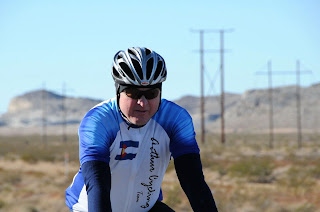 The skies grew darker as we got closer to Mesquite﻿ and the headwind grew harder. A big difference from the 45mph downhill coming through Valley of Fire, on the last few climbs on I-15 we were hard pressed to keep 10mph﻿. It was a challenging but rewarding ride and we are planning on doing it again next year. If you are interested in riding with us next time let us know, riding with a big group is a lot of fun and being fully supported with food and SAG makes for a great event.

We would like to thank Unique Communication Solutions for sponsoring us on this ride. Their generous donation to the National MS Society provides life changing opportunities to those who suffer from MS. http://www.unique.net/ 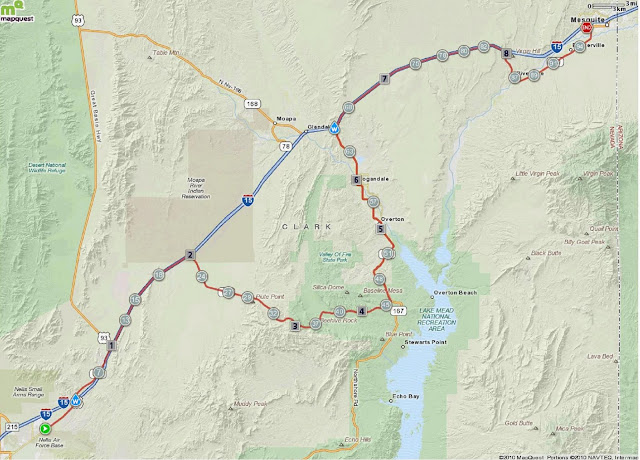