May 07, 2016
Flying south from Seattle, you must always sit on the left side of the plane so you can watch the amazing Mt. Rainier float by below you, and see the rugged snowy mountains and deep green forests slowly give way to dry hills then flat lands patched together with crops of grain and the irrigation channels off the Columbia river. Seeing all that on a clear day in the spring is quite a gift. Seeing the massive prominence of Rainier from below at Ft Lewis then high above from the plane distorts one's perspective of it. Something about flying on an airplane always makes me get philosophical, it probably has to do with seeing everything from a different point of view.

Having to travel vs. getting to travel for work. It feels so good to leave a site on Friday knowing you don't have to go back. At least not for this project any more, for now all the problems that were once yours are now the customers and you can feel good that somehow you convinced them to sign off on the system officially completing the contract and earning enough money to do it all over again later to someone else. Beginning the trip on Monday usually brings some excitement and anticipation for the opportunity to experience variety, to see something new even if it is just another hotel and mid class sedan rental car. Sometimes you have time after working at the site to go for a run or drive around and find interesting places to see: a beach, the forest, mountains, cities, museums and the occasional movie your family wouldn't want to watch anyway. Not this week though, after a few 13 hour days you might stop caring about variety and just want to sit and stare at the wall.

What does it mean to have confidence in the things you do and create? What does it mean to take pride in your work? Not the kind of pride that comes from thinking you and your stuff is better than everyone else but the pride that comes from knowing that because of your work, other people will get to feel a little better about their work, or be impacted in another positive way, and the confidence that what you produce will continue to deliver for a long time.  I really want to feel that kind of pride and confidence. That is what motivates me to get better, to train and practice and study, that is why I feel so frustrated and angry when I don't achieve it.

Why do we ever deliver anything less than what we want? Maybe what we want isn't actually what we say it is. We might say that what we want is to feel pride and confidence, but our actions might say we only want to appear to others to be very busy and capable and successful by making lots of money. Is that really what we want? Do we really care more about how others perceive us than delivering our best quality? Ok, you've got me on money, yes I want that.

What do you want? I have learned that the price to pay for wanting to appear very smart and capable and do a lot of different things at the same time is internal frustration and anger. So if you're ok with that then congratulations, you know how get what you want and are willing to pay for it. You have arrived. But the things we want change. Sometimes I want a sandwich and sometimes I want tacos.

What is the price for feeling pride and confidence in your work? I'm not 100% sure but I have a feeling that a big part of it is time. I don't know how much time but it is a lot. Way more time than we think it is. How much time during a day do we spend working toward a single objective?

Perspectives change, sometimes you see the mountain from far below and other times from high above and so what we want also changes. Today I want that sandwich, and to feel pride and confidence in my work. Hopefully this perspective lasts. I can usually go a few months before it changes again. I should probably try to think about ways to keep it longer but eventually I have always lost it and can only get it back when the pendulum has swung too far the other way.

I feel good about figuring out what I want for myself but I believe that if we have a team, a team that also wants what I want then we will be able to get back some of the time cost, it's like a 15% team discount and the Success Store.

Everything has a cost. You won't figure out what the cost is until you try a few different things. You won't figure out what you want unless you try a few things either. Today I want to feel that pride and confidence in what I do but maybe I'm settling for airplane peanuts. Actually this flight is a pretty rough one, doesn't look like I'll get those peanuts after all. 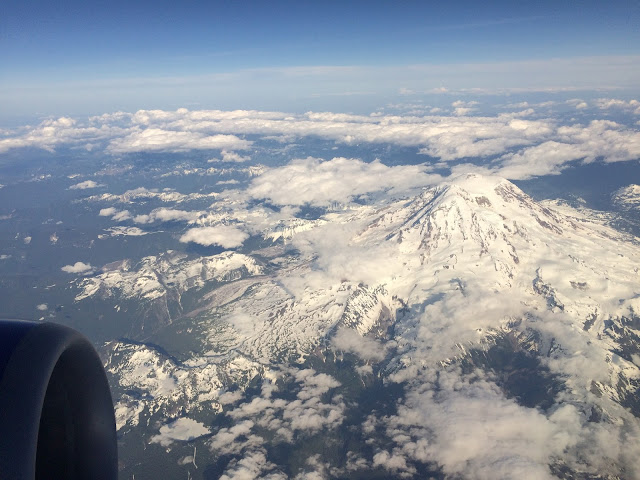